The First Time We Played 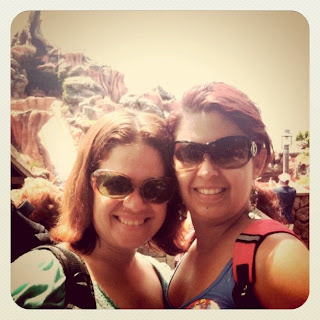 The first time I saw you, you were playing with your brother and some neighbors in the small hill in front of my home. I was watching you for a while trying to find some guts to join you, guys, in what seems the most fun game ever. I knew you were a tomboy like me, the mark of dirt in your pants told me so. But still, I couldn’t fight the fear to get closer.

That was the first of a million nights playing on that same hill. We built dirt roads for our trucks, played with the Barbie dolls, rode the bike, sat down at the top of the water tank, listening to the sounds of rock music while talking about boys, or played with the telescope at night. By that time I thought nothing could get us apart. Then came college. And I was scared, but the more apart we were, the less it felt when we got back together. It was around that time that I understood that our bond was stronger and unbreakable. No matter where we are, we will be always together in the hill in front of my house on a warm summer afternoon. I’m Sharma Shari. I am photographer who loves to capture geeky, creative and offbeat weddings, portraits and editorial. I love a good DIY wedding with geek elements, an offbeat affair filled with the couple’s details everywhere. I used to be a Computer Engineer but I walked away from the cubicle life and became a Photographer instead.